among Engg. & Architecture Institutions under VTU

National Service Scheme, popularly known as NSS, was launched in 1969 under the Ministry of Youth Affairs & Sports Govt. of India in 37 Universities involving 40,000 students with primary focus on the development of personality of students through community service. This scheme requires full participation and involvement of the volunteers for a mandatory period of two years.

The NSS Unit of Ramaiah Institute of Technology was first introduced in the year 1999 and saw a massive support by the students as well as the faculty. Since then, the number of students pledging their time and efforts to this purpose has only increased. NSS MSRIT is a student body organization run by the students of MSRIT. The ultimate goal of NSS is to imbibe a sense of empathy and responsibility towards the betterment of the country.

Some of the highlights of this scheme include a Blood Donation Camp that is held every year where people in large numbers turn up to donate their blood. The National Service Scheme (NSS) Unit of M.S. Ramaiah Institute of Technology, Bangalore organized the 19th Blood Donation Camp on the 2nd of December 2016 in memory of their Founder Chairman Dr. M. S. Ramaiah. The event was graced by Dr. Shiva Rajkumar, a renowned actor in the Kannada film industry, Dr. M. R. Seetharam, Minister for Planning, Statistics, Science and Technology and Dr. K Gayathri Reddy, VTU Officer. The number of people who donated their blood stands testimony to the overwhelming response received from the public. At the end of the day, 1221 units of blood were collected and 16 blood banks helped in making the event a grand success.

A ten day Special Camp supported by Principal and NSS Officer is held wherein hundreds of boys and girls participate enthusiastically. Students who attend the camp are given certificates and are eligible for grace marks for seeking admission to higher courses. For the academic year 2016-17, the Special Camp was preceded by the Pre-camp which commenced on the 8th of July. The major activity witnessed during the pre-camp involved the making of new books from used ones. These books were distributed to the students pursuing their studies in the schools that the volunteers visited. Also, an E-waste collection drive was held, following which a plantation drive was organized where about a hundred samplings were planted. The Pre-camp was followed by the Special Camp which started on 25th of July. The initial activity of the camp was the Slum Visit. Dental and eye checkups were conducted in all the schools and a general medical checkup was conducted in the slum areas. The underlying motive of this visit was to educate people about the importance of cleanliness, hygiene and sanitation. The second activity of the Special Camp involved the volunteers teaching in different schools. The team went to a total of 8 schools where they taught subjects like Basic Mathematics and Spoken English among others.

National Service Scheme (NSS) activities in MSRIT commenced during the year 1999-2000 and have grown into a huge movement over the years, as can be seen from the growth chart given below:


NSS activities at MSRIT have won appreciation at the state and national levels:

At present the volunteer strength of NSS at MSRIT is 300. In addition to an NSS Officer and an NSS Coordinator, about 10 faculty members from various departments associate regularly with NSS activities.

The following activities are planned for the future:

Through this endeavor, the students not only succeed in helping those in need while contributing to a good cause, but are also made aware of the conditions prevalent in the community. The aim of NSS is to promote national consciousness and a sense of social responsibility, discipline and dignity of labour and to help students to develop their personality. 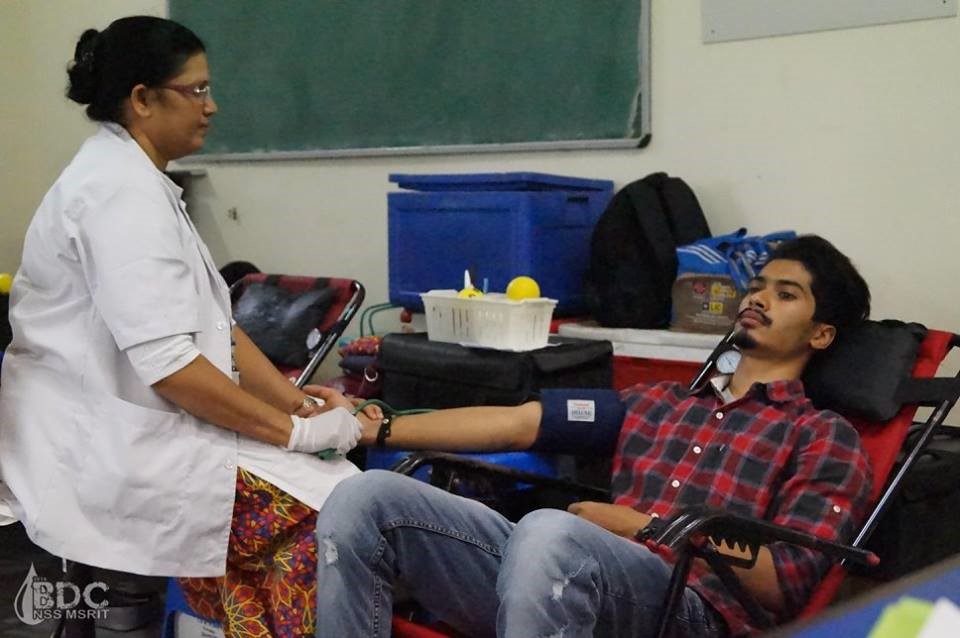 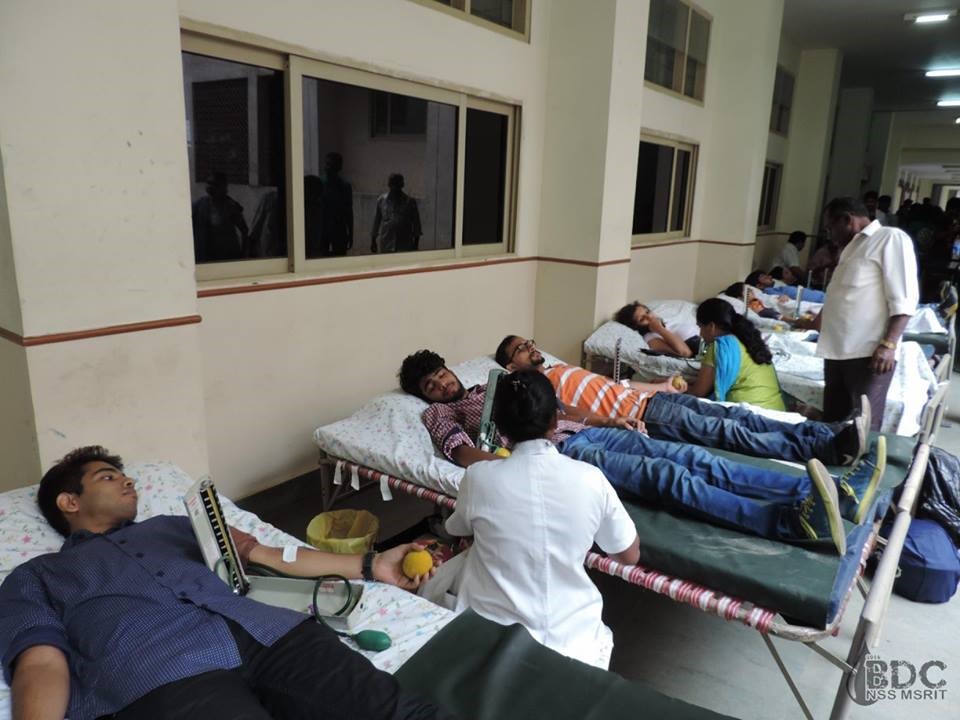 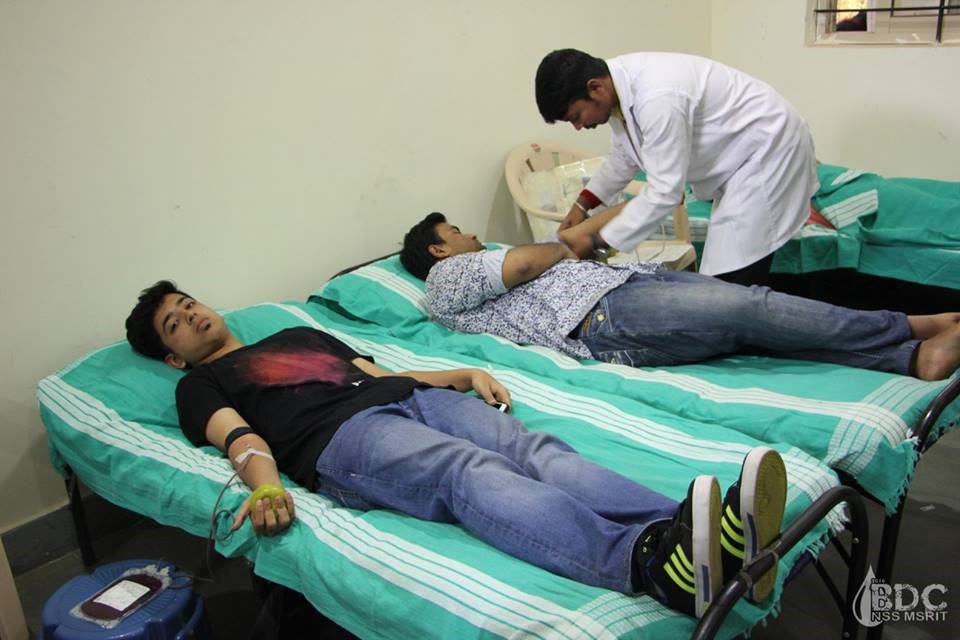 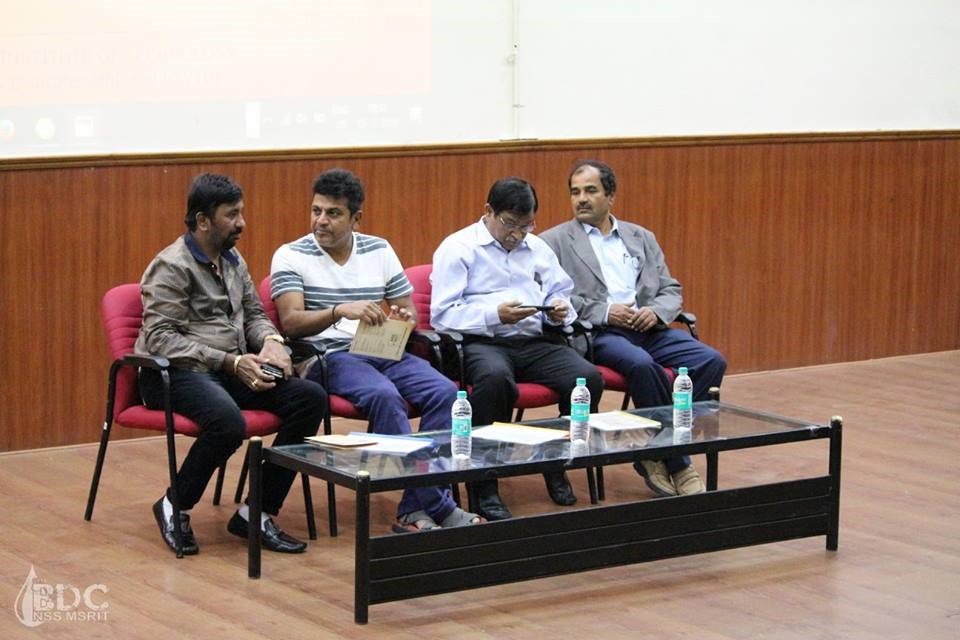 “Being a part of the NSS gives me a great sense of satisfaction. The feeling I get when I see a child dance out of happiness gives me immense joy. There are many more such endless details and I could go on in a loop talking about the things that amaze me, being a part of NSS. I am thankful to this organization for having given me an opportunity to be a part of a lot of wonderful experiences.”
“For those who want to give something in return to the society, NSS is a good platform. Contrary to popular belief, NSS is not just about two blood donation camps and one special camp. You can see a mini, selfless world here. In simple words, NSS not only provides service to those in need, but also gives immense happiness to the heart in doing so.”